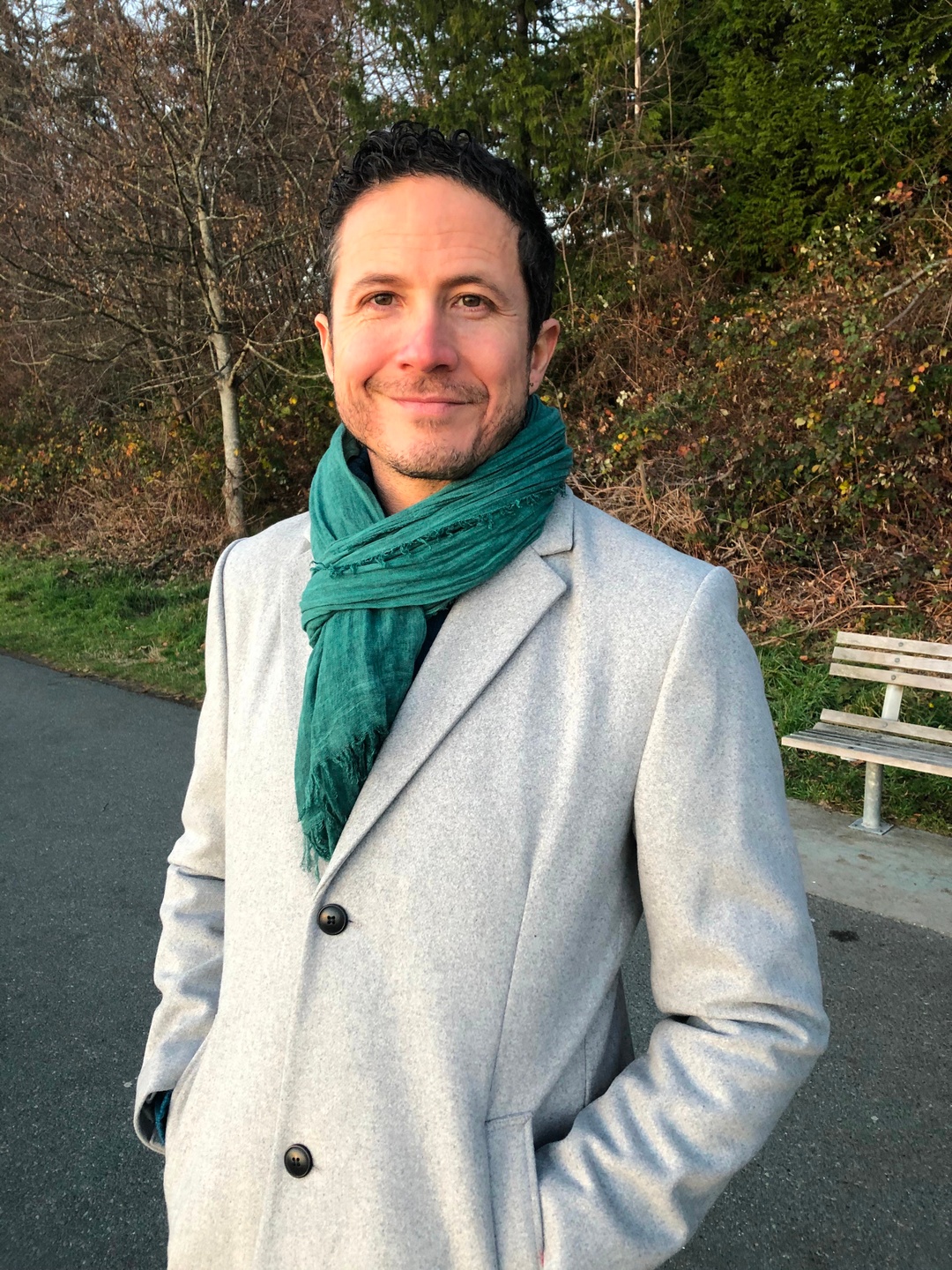 His latest offering is the "Cancer Empowerment Program" which is a unique 12 week Cancer Coaching Program that supports people in addressing all aspects of cancer. Moving them to find the power to thrive within themselves.

Furthermore, Federico also runs a one-of-a-kind coaching program for hypnotherapists who are looking to sharpen their skills and approach, find their uniqueness in business, and as a result, thrive as professionals!

He offers his services in Spanish & English to clients in-person and around the world online. His professional training and education makes him rank amongst the top 5% of Hypnotherapists in North America.

Borrowing the opening line from “Scaramouche”, Seemingly perfect to describe my early years. I happened to be a happy laughing boy born in a loud Caribbean city in the 70’s.

Born in Caracas from my Mexican mother, my heritage is Libyan, Native Mexican, Basque and Italian. Now when it comes to belief systems, that’s another story…

I was taught 3 basic things by my family: "The search for God never ends", "Self improvement is never over" and "Your wealth is what you know".

Raised by seekers in a constant quest, I am the fruit of many cultural backgrounds and beliefs. Catholicism mixed with a lot of progressive spiritual thinking, Yogic studies and an ocean of books, formed my initial years; "Always be learning” my mother would say. It’s from those days exactly at the age of 13, that I discovered a book about the mind: Hypnosis.

I remember making this new magical discovery and then coming to school searching for people to listen to my first hypnotic words. Even though they didn’t work then, they certainly work now. That event opened the door of curiosity for hypnosis, the subconscious and its possibilities. A door that would remain open for decades until I finally crossed it as a student of Hypnotherapy.

It also happened that the “other” family that raised me in Venezuela, friends of my mother, were a family of spiritualists.. In those days, my crib happened to lay beside an altar with pictures of Christ and Hindu Gods and Goddesses, black African heroes and the virgin of Guadalupe.

On the other hand, my great grandmother only spoke a native language that I never learned. She was a Cora native woman and the family had deep ancestral roots in the peyote ceremonies of central Mexico.

This offered me the early perspective of plant medicine and the connection with spirits as a medicine for our souls.

The shamans I have met in Cuba, Brazil, Venezuela and Mexico all agree: The medicine of the future is Nature. Nature of this planet and the one from the self.

So you get the picture. Lots of early influences and curiosity in the field of the mind and spirit. The result, me, a clinical hypnotherapist and integrative cancer coach.

Fast forward many years, now in Canada, life has brought me here to offer a combination of everything I’ve learned. A lot of spiritual seeking through religions and countries have shaped me into specializing in working with people who are passing through a transcendental time in life, a spiritual crisis-transition or that simply have reached a point of no return.

Today, I am a teacher and a promoter of the re-education of our minds. I know true liberation comes from training the mind to achieve what we program it to do. It always does, that’s all it does actually.

After living in all the countries I lived in (Mexico, Holland, Cuba, Venezuela…) Surviving through life and death, political unrest, stereotypes, racism, etc. I can tell with certainty that freedom from the confinements of social limitation, is in our minds, available to us at all times. Hypnosis is a natural state of awareness that is thousands of years old and is about retraining our mind to work in harmony.

It would be an honour to serve you through my work. So you can find yourself renewed in a thousand new ways.

My deepest wish is to unleash the true potential of humanity one person at a time.

My personal mission is to support you in discovering and developing your greatness in your own special way.  Whatever that is!

I am different in the way that I blend a life of studying the soul and mind from many angles, with the ability to intuitively discover your greatest challenges and gifts so you can quickly release and move on.

As a Clinical Hypnotherapist, Integrative Cancer Coach & Intuitive, I pride myself in teaching true life skills that move my clients towards health and connection to their soul.

A soul is something beyond religion. Your soul is where your energy and vitality lives and grows.

So with that said, I thank you for opening yourself to more. I see you already as an enlightened soul with a personality that is trying to catch up to your own greatness.

I look forward to meeting and helping you find what is already within.

I believe everyone should have a coach.

Coaches guide us and keep us connected to our visions and dreams. We have them for sports, business, performance and pretty much everything out there including relationships.

So why shouldn't we have them for cancer patients?

You see, cancer changes a lot in a person's life. And that change can be a positive one!

Some cancer survivors look back at the time of their battle and realize that it was a time that gave them a chance to stop, imagine a new life and then make that new life happen. A better life than the one they had before.

Times of treatments and recovery tend to be very complex. Every area gets affected, our relationships, finances, work, family and of course body, mind and soul.

An integrative cancer coach makes sure you have the right tools to keep as much of your life in balance as possible so your body is in an ideal state to do what it knows how to do best - heal.

When going through cancer a person has a better chance to recover faster when they are cared for in holistic way, from every angle.

In my work, I address every client's mind and heart by the use of therapy and mindfulness practices. I connect with the body through kinaesthetic tools like breathwork and tapping and finally address relationships and the soul as well.

Using a blend of therapeutic modalities my patients reduce the negative side effects of their cancer treatments, accelerate their recovery and together we design and create a better life.

What is Hypnosis & Hypnotherapy?

Hypnosis is a natural and safe state of mind which is induced by deep relaxation.

Clinically accepted self improvement concepts are applied during a state of hypnosis, resulting in freedom from fear based programming and assumed limitations. Hypnotherapy uses the power of hypnosis and other therapeutic tools to access your subconscious mind which is the part of you that ultimately shapes your life through behaviours, thoughts and beliefs.

Your subconscious automatically clings to limiting familiar patterns which can be difficult to overcome by willpower alone.

Clients commonly experience feeling, thinking and behaving differently in a short time as they let go of the old unhealthy blueprint and come to alignment with who they want to become.

I can create an individualized audio recording dedicated to any need.

With Hypnotherapy, I can customize a stress reduction regimen for health and wellness and promote healthy lifestyle practices.

What to expect once in hypnosis?

Many people have realistic and unrealistic expectations about what hypnosis is.

Whether they believe it's a magic cure or that they will lose control, the truth is that in a state of hypnosis you always have the ability to come out of trance if necessary.

Bottom line, you are always in control.

I teach self hypnosis to each one of my clients as I believe that “all hypnosis is self hypnosis”. When my client knows that they are making the changes, then the results tend to be longer lasting and notoriously more powerful.

Self hypnosis exercises is what everyone walks away with from my sessions. As well as a sense of awe and endless possibility of course.

What is Medical Support Hypnotherapy?

This type of Hypnotherapeutic work is used as a complement to conventional medical procedures. Consultation with a medical physician is mandatory before medical support hypnotherapy services are exercised.

I can create an individualized audio recording dedicated to any medical need.

Your audio recording can be used before (preparation), during (procedure support) or after (for recovery).

Disclaimer: I, Federico Vallin do not practice medicine or psychotherapy and my work and services are not a replacement for counseling, psychotherapy, psychiatric or medical treatment. No service or product provided is intended to diagnose or treat any disease or illness, psychological or mental health condition.

Intuitive Healthcare is all about attending to the deeper questions, the suffering and challenges that we sometimes experience in life.

As we mature from an Ego-centered existence in which life is all about us, to a life where we realize the power of our words and thoughts; our soul goes on a quest for meaning and answers.

A perspective that doesn't focus on the achievement of goals, but on healing, evolution and care.

The role of Spirituality in HealthCare

EFT (Emotional Freedom Technique) also known as Tapping, can be applied on its own or as an extraordinary addition to Hypnotherapy. You can learn how to easily apply this technique to yourself and in that way, quickly clear emotional and physical triggers any time they may present.

EFT has been very successful in treating issues such as cravings, allergies, traumas, anxiety, sadness, anger, jealousy, fears and phobias. As well as clearing limiting beliefs, self-sabotage and resistance to growth. 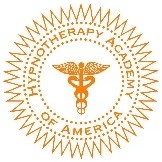 Federico Vallín practices Integral Hypnotherapy, an adaptive, client-centered and collaborative approach to transformation and healing with the power of the mind.

Federico has completed 400 hours of specialized training with Hypnotherapy Academy of America and is a Bilingual (Spanish-English) practitioner serving clients in Canada and around the world online.

He has specialized training in: 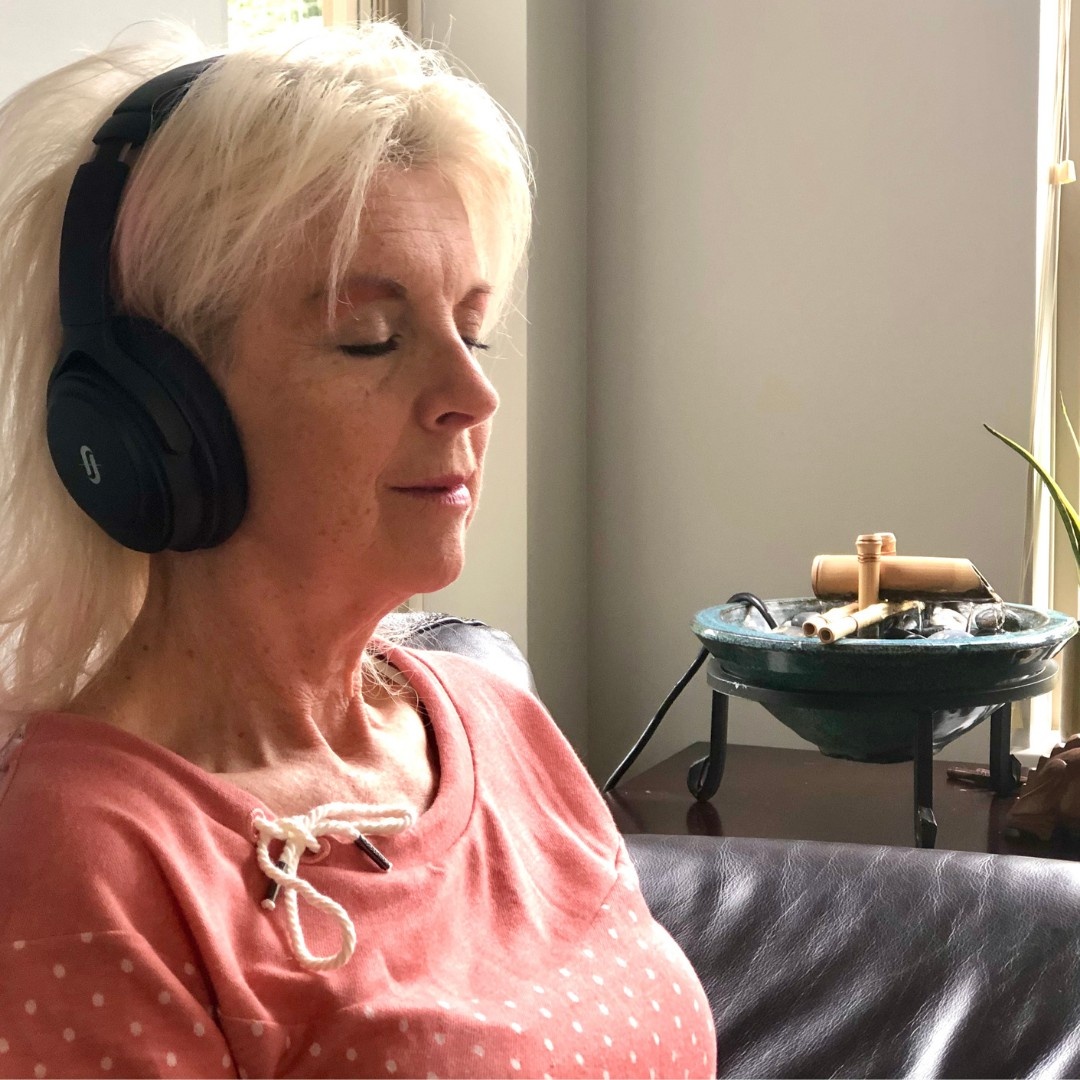 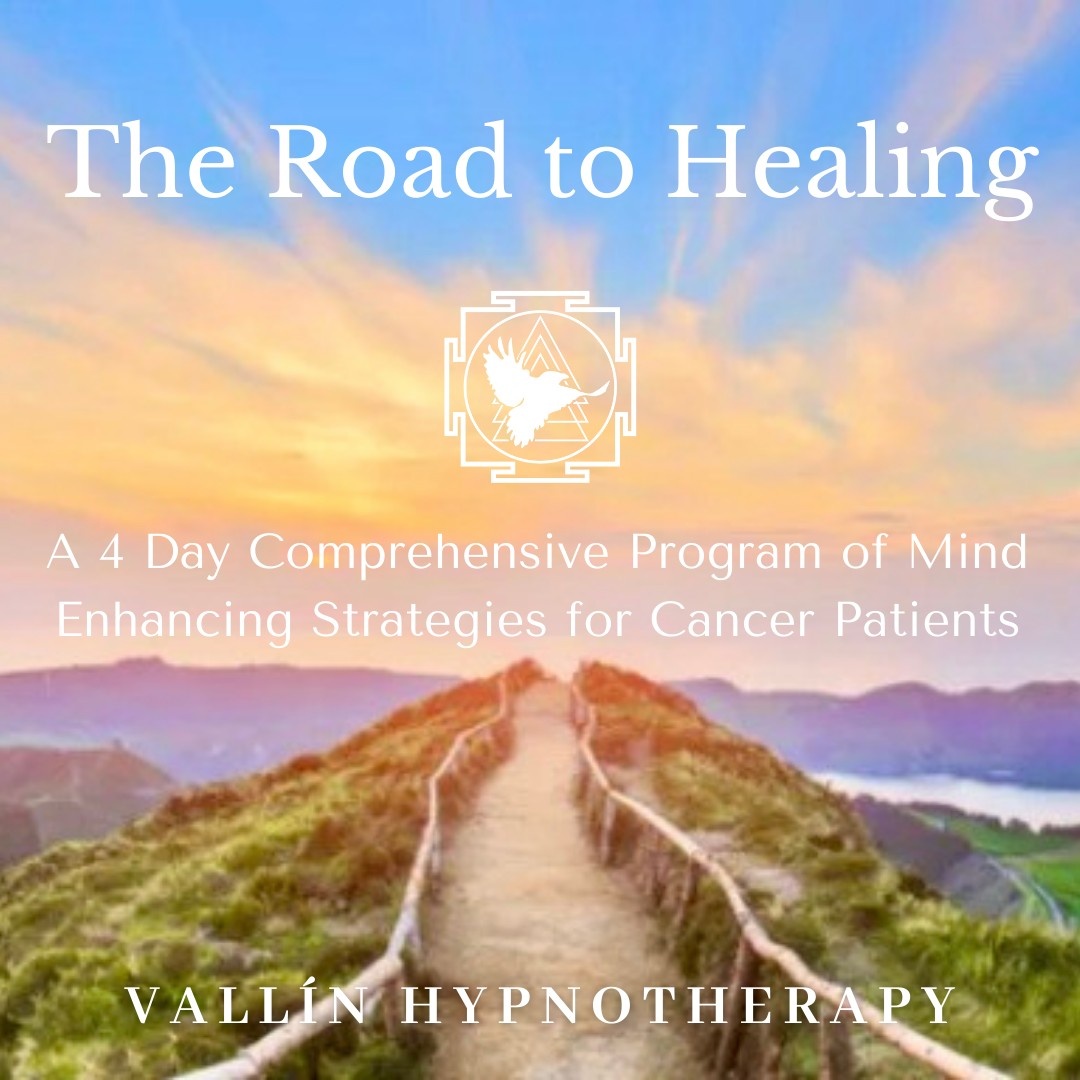 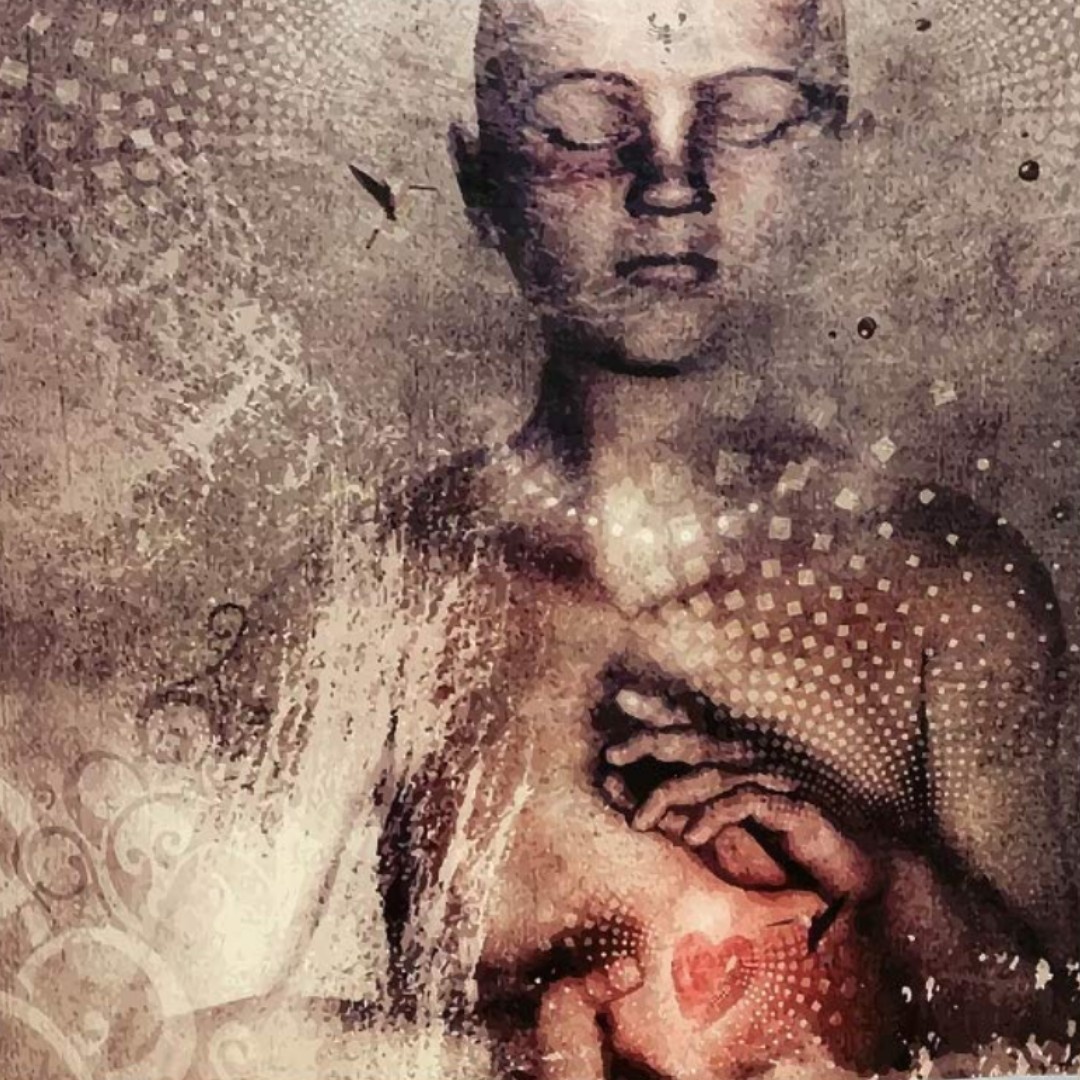 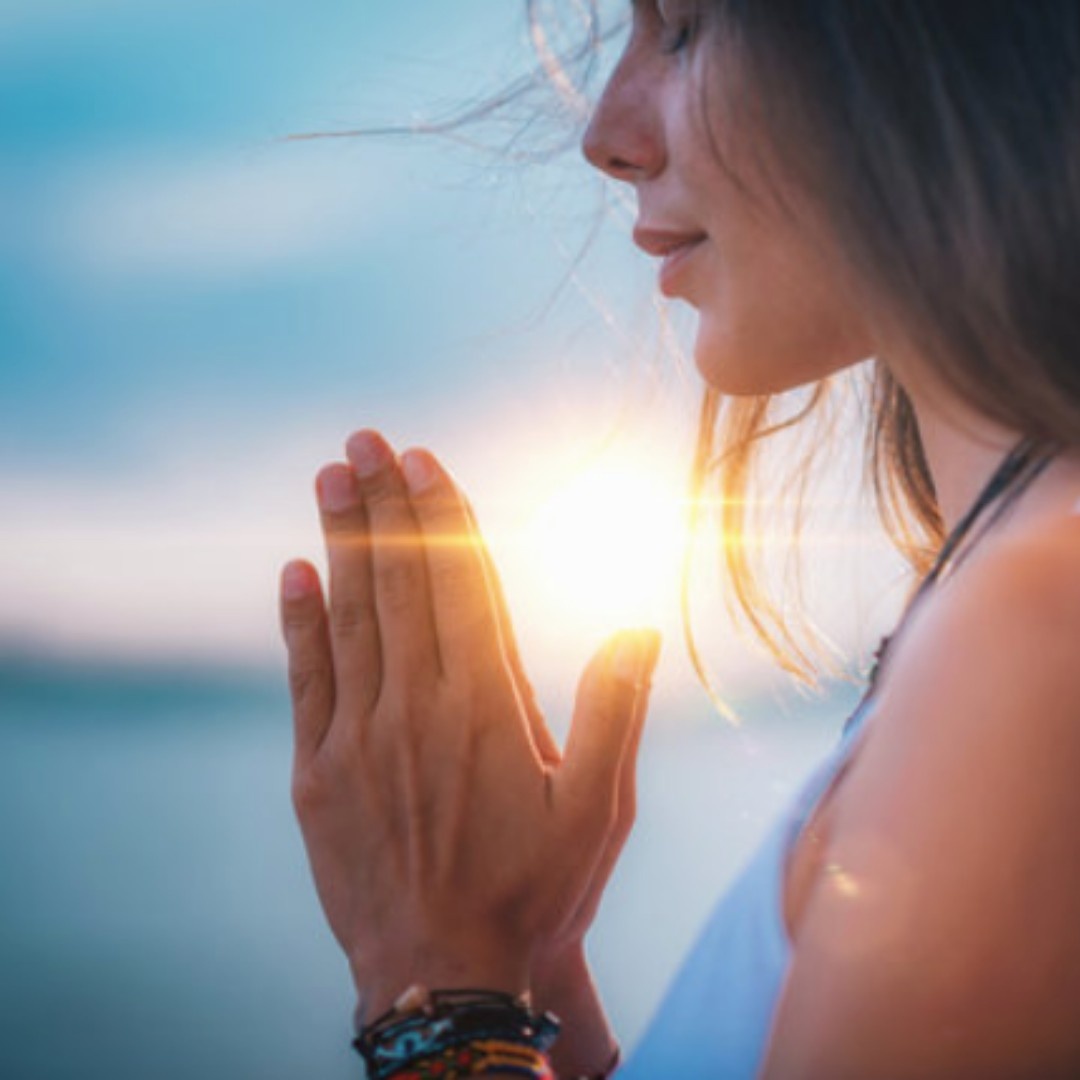 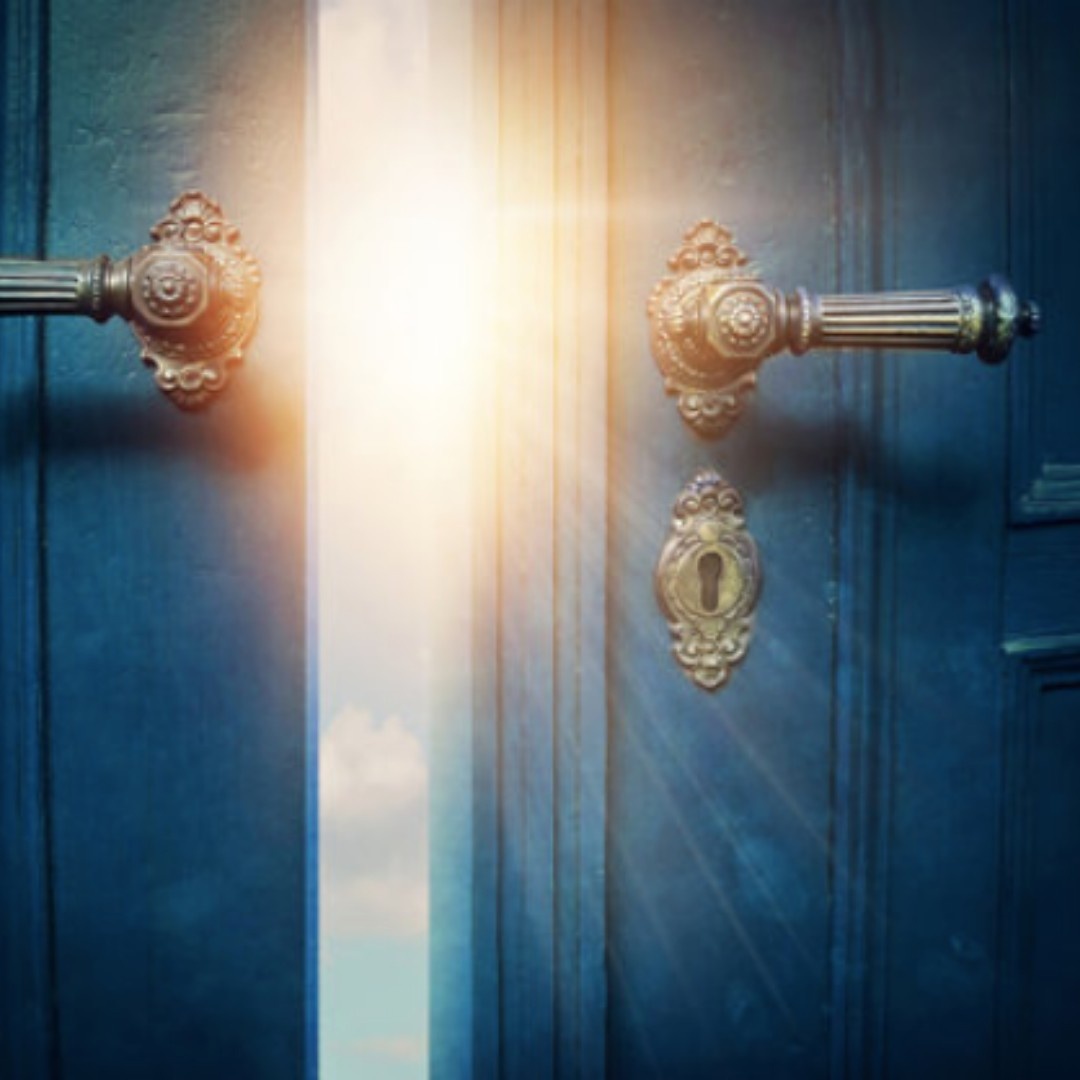 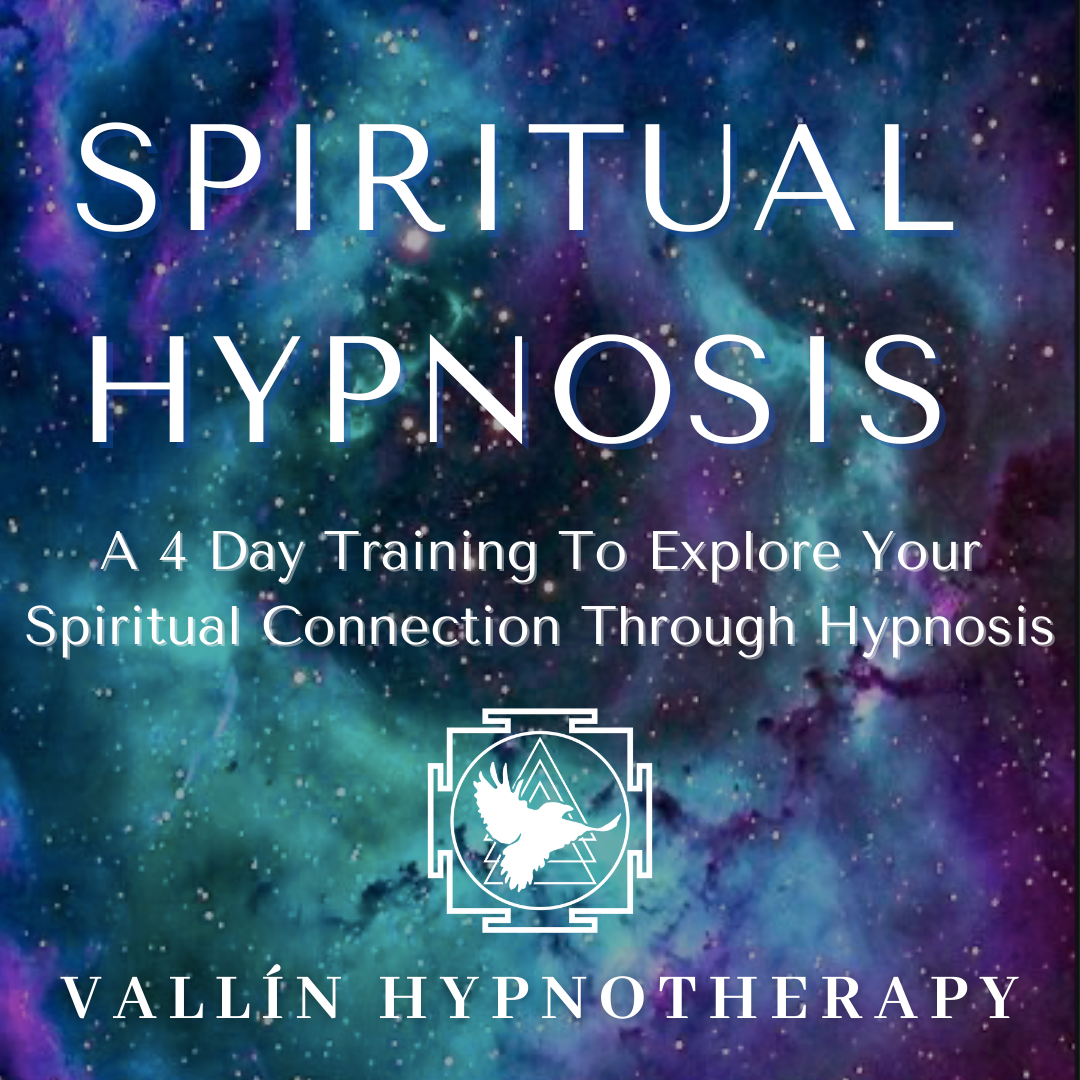 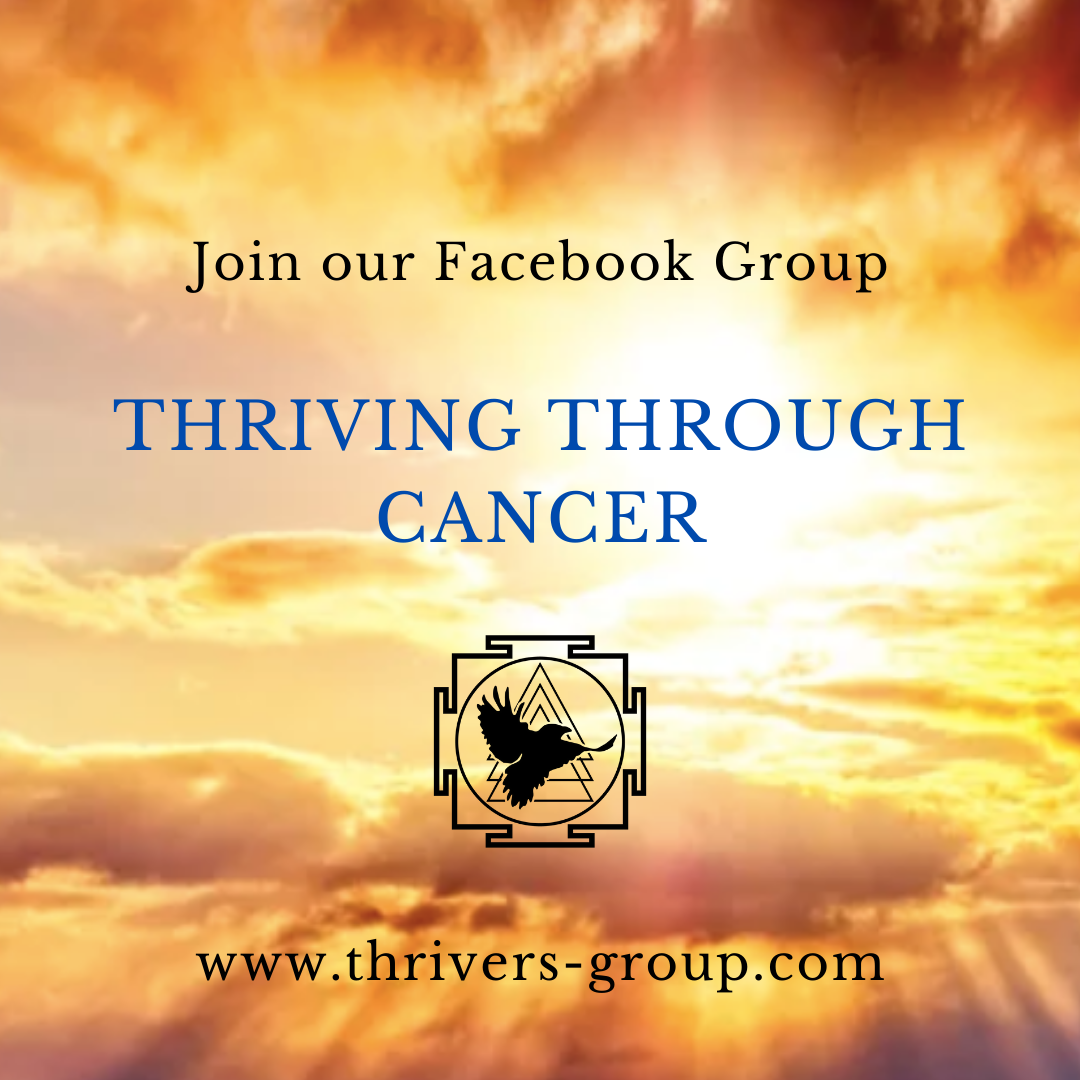 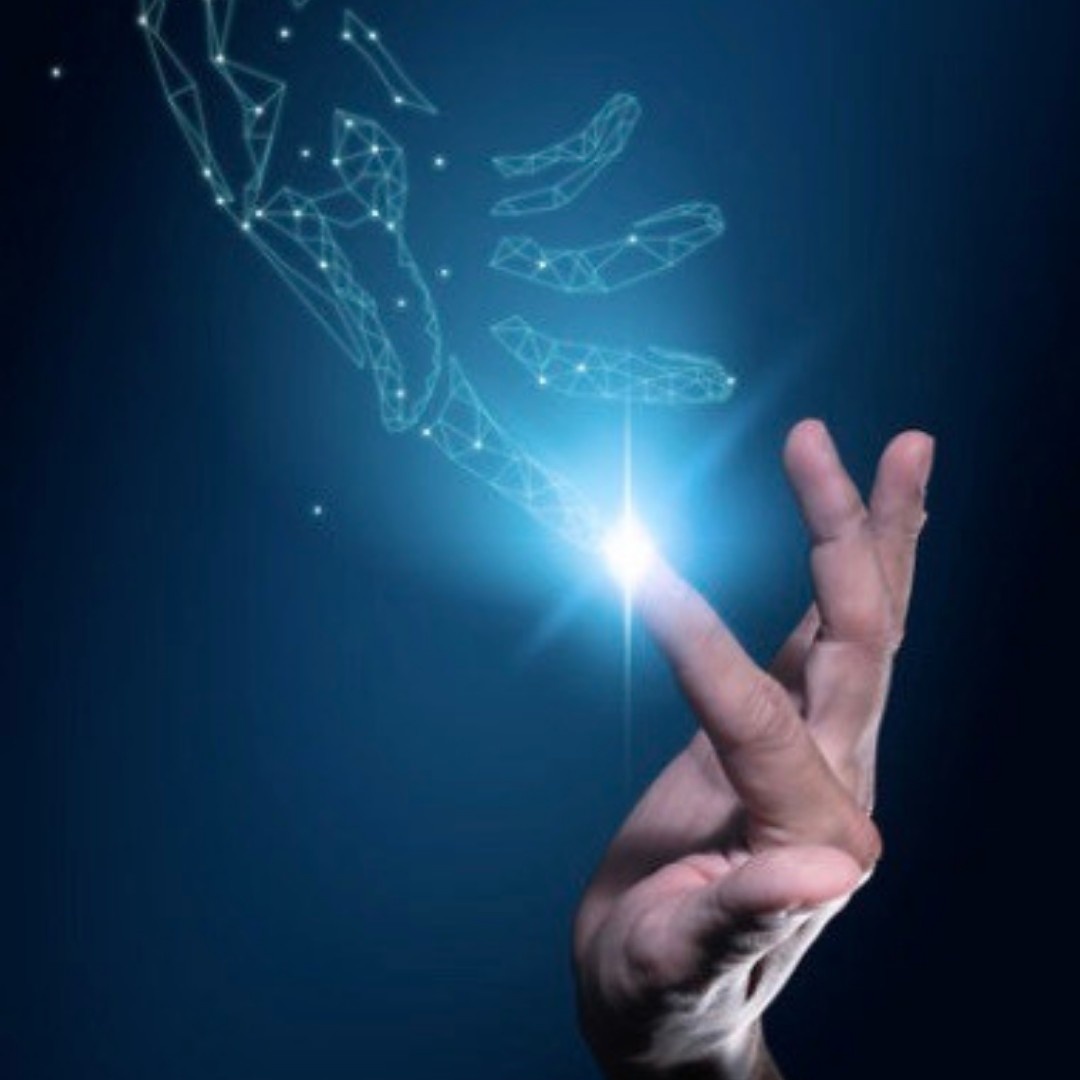 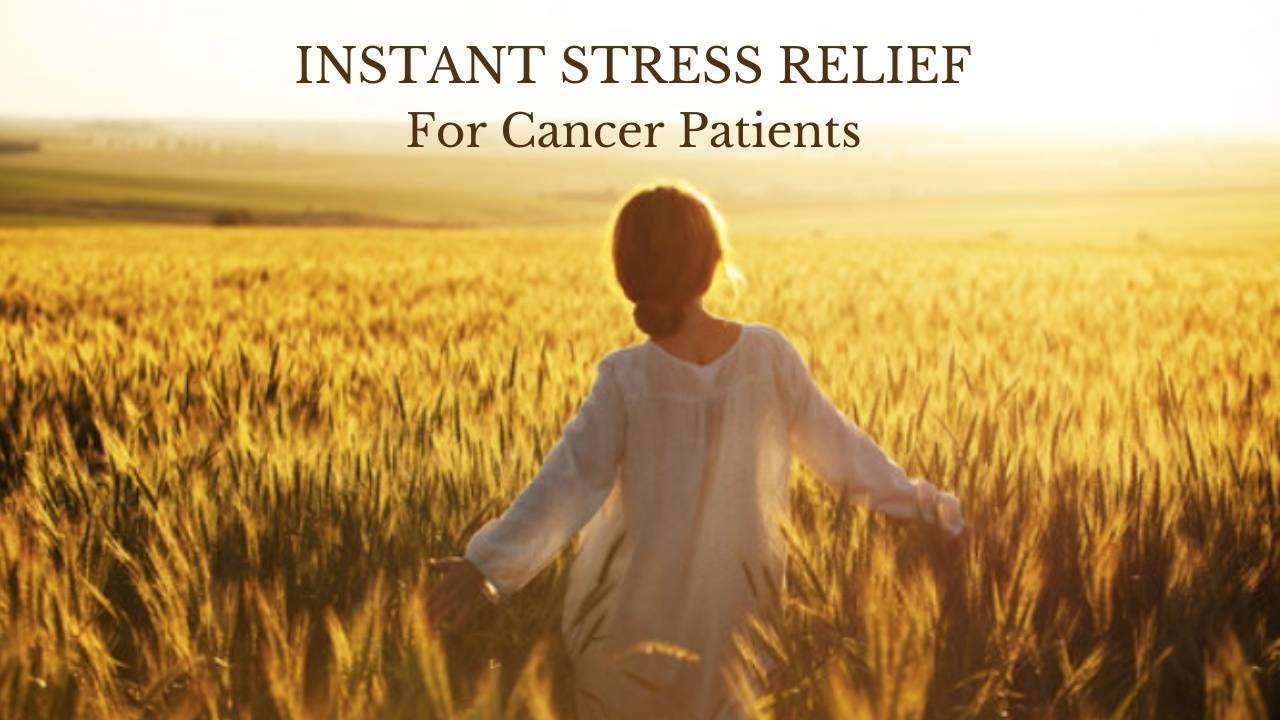 Get Your FREE Guided Audio Meditation For

This recording is designed to help you find instant relief caused by emotional and physical tension.

It will take only a few minutes of your time and it works best as you listen during stressful times or preparing for sleep.

I hope you enjoy it and it's exactly what you need in this moment.